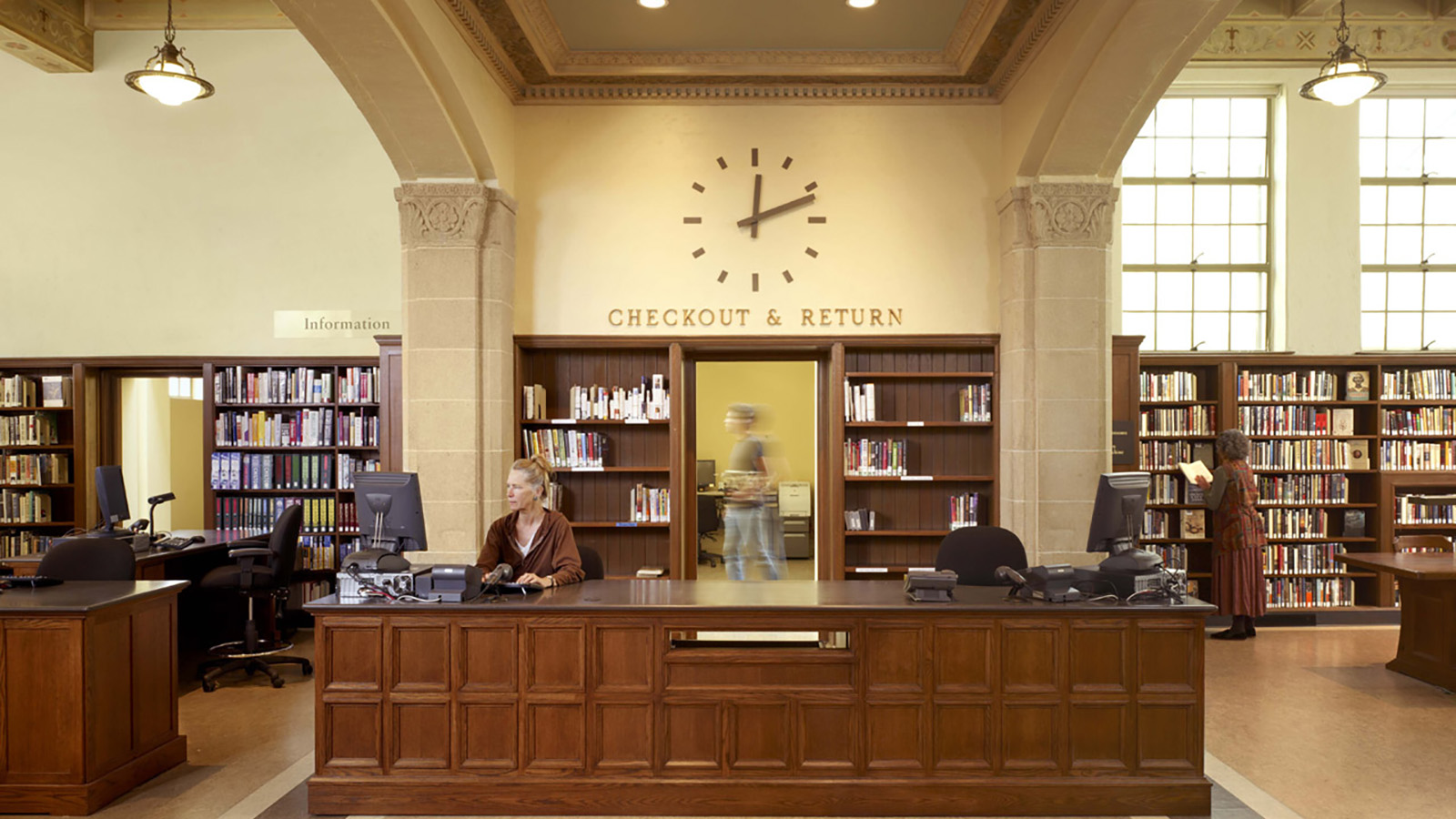 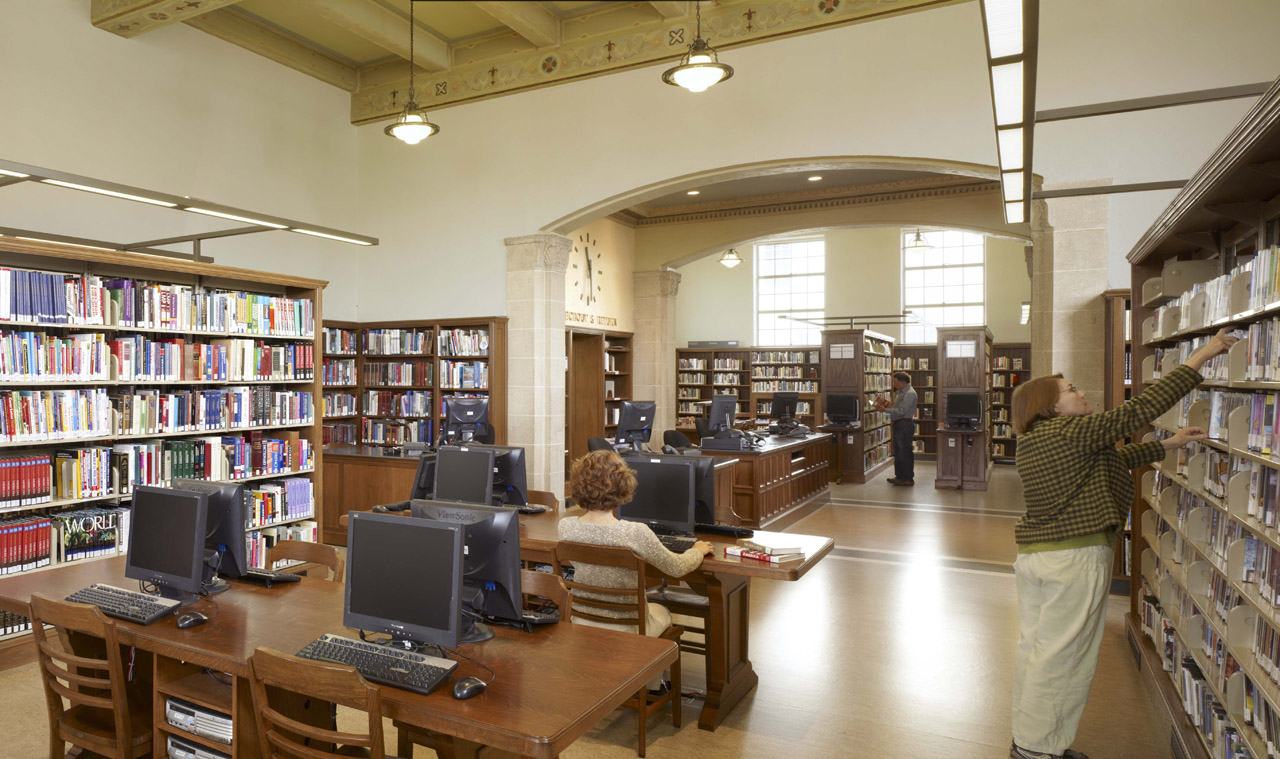 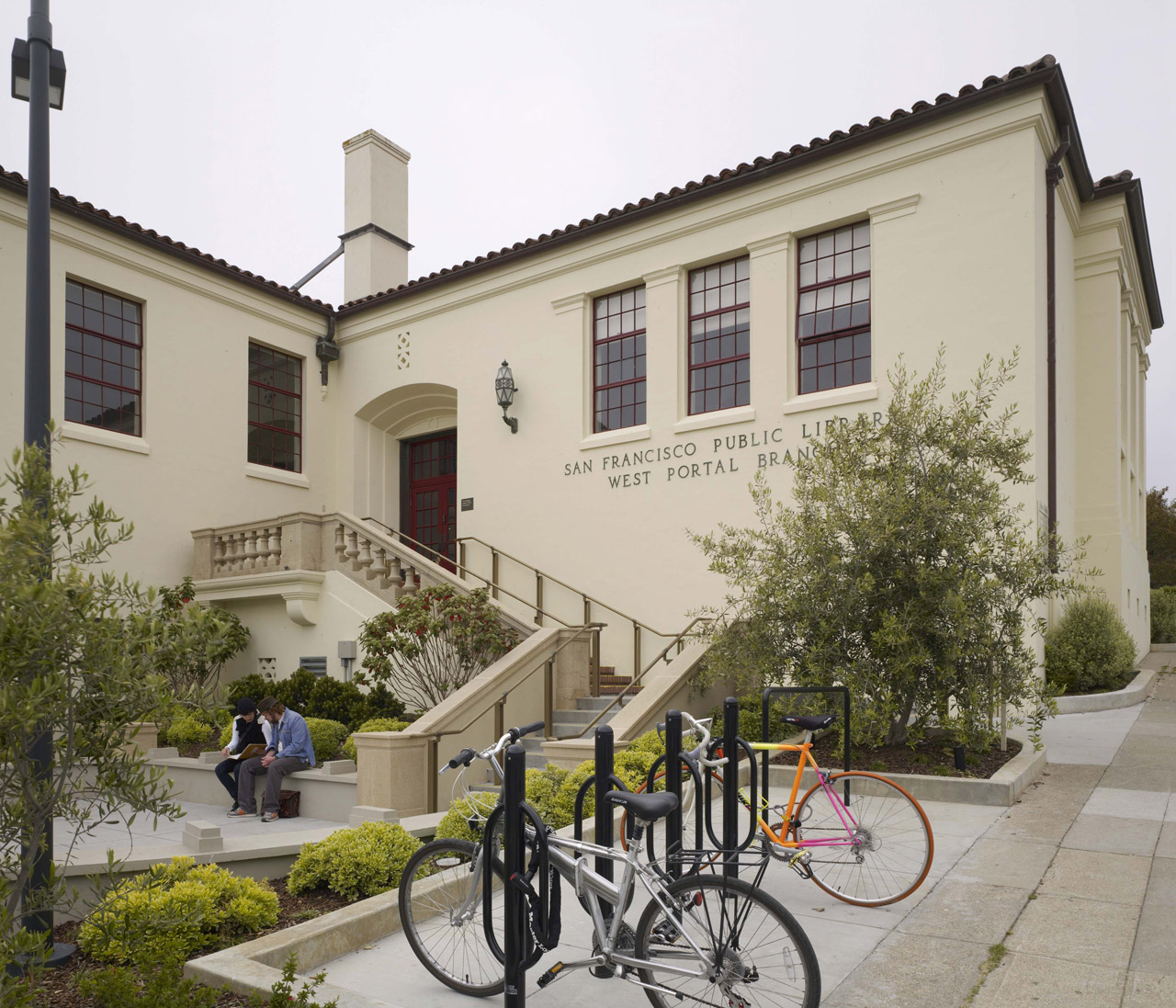 In November 2000 San Francisco voters approved a bond measure to improve 19 branch libraries, including this WPA-era building from 1939. Working as the associate architect and the interior designer in close consultation with the public it will serve, we had a mandate to restore and revamp this handsome facility, respecting its history while equipping it to function in a new wireless era. We restored the original oak chairs and tables, modified the tables to be ADA compliant, and had copies fabricated of the original light fixtures. We updated the palette and made it richer by outfitting the public stacks with new oak casework and replacing the checkerboard vinyl floor with sheet linoleum in a muted tone. Above, the original ceiling stenciling was rescued from years of neglect. With a new ADA-compliant circulation desk that incorporates paneling from the original, the finished result is an innovative renewal of a historic public space. The building opened in February 2007.