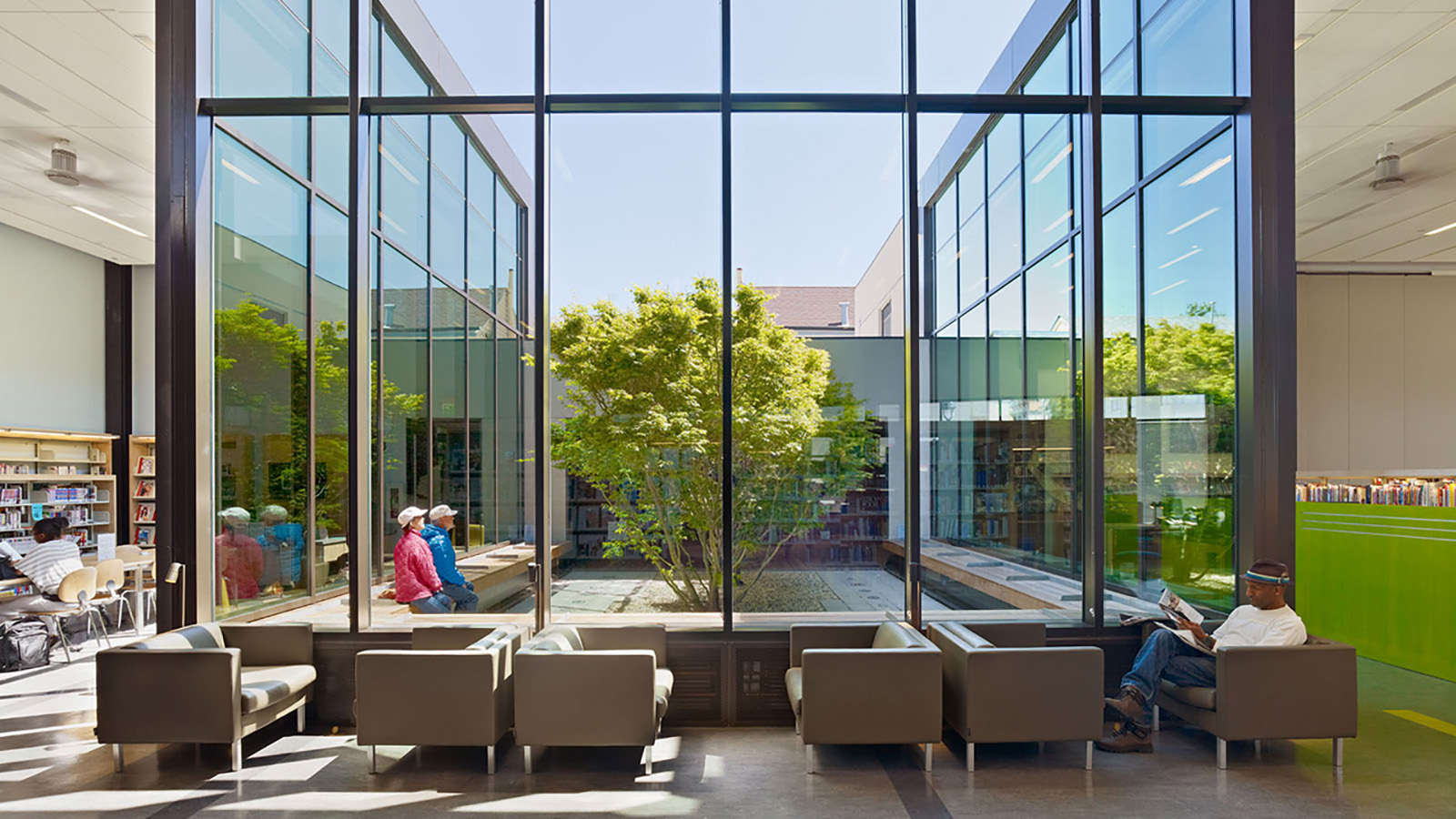 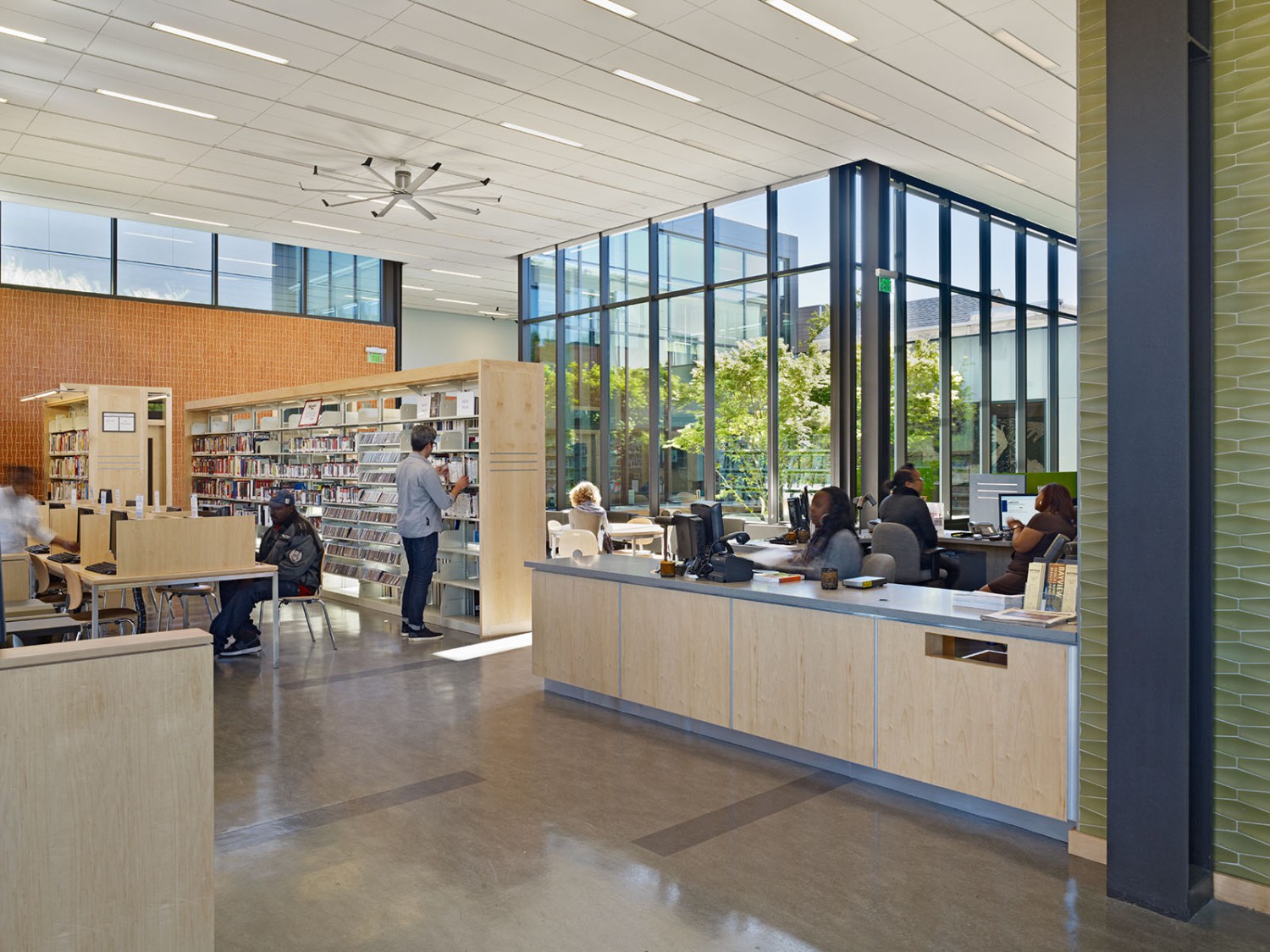 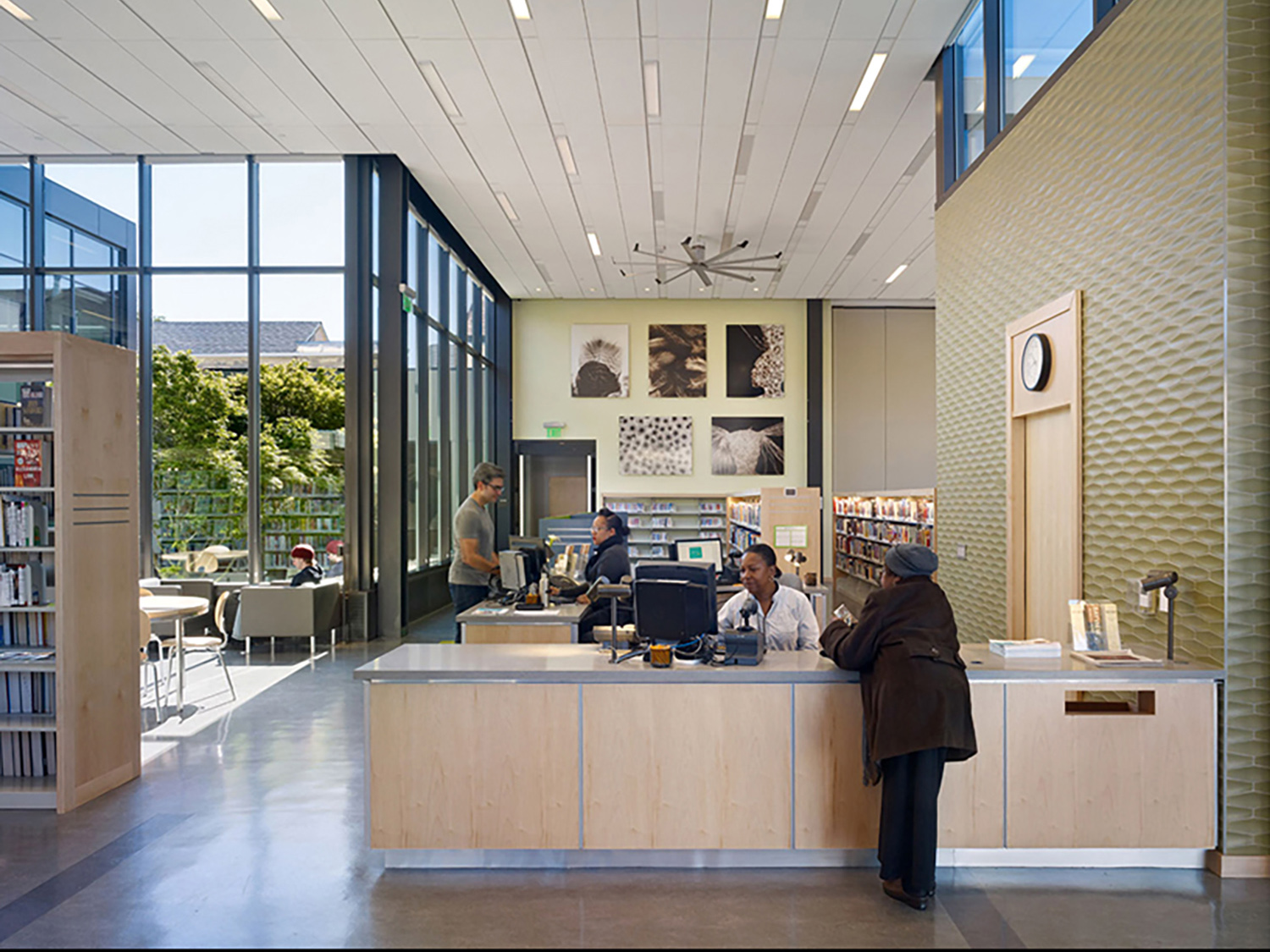 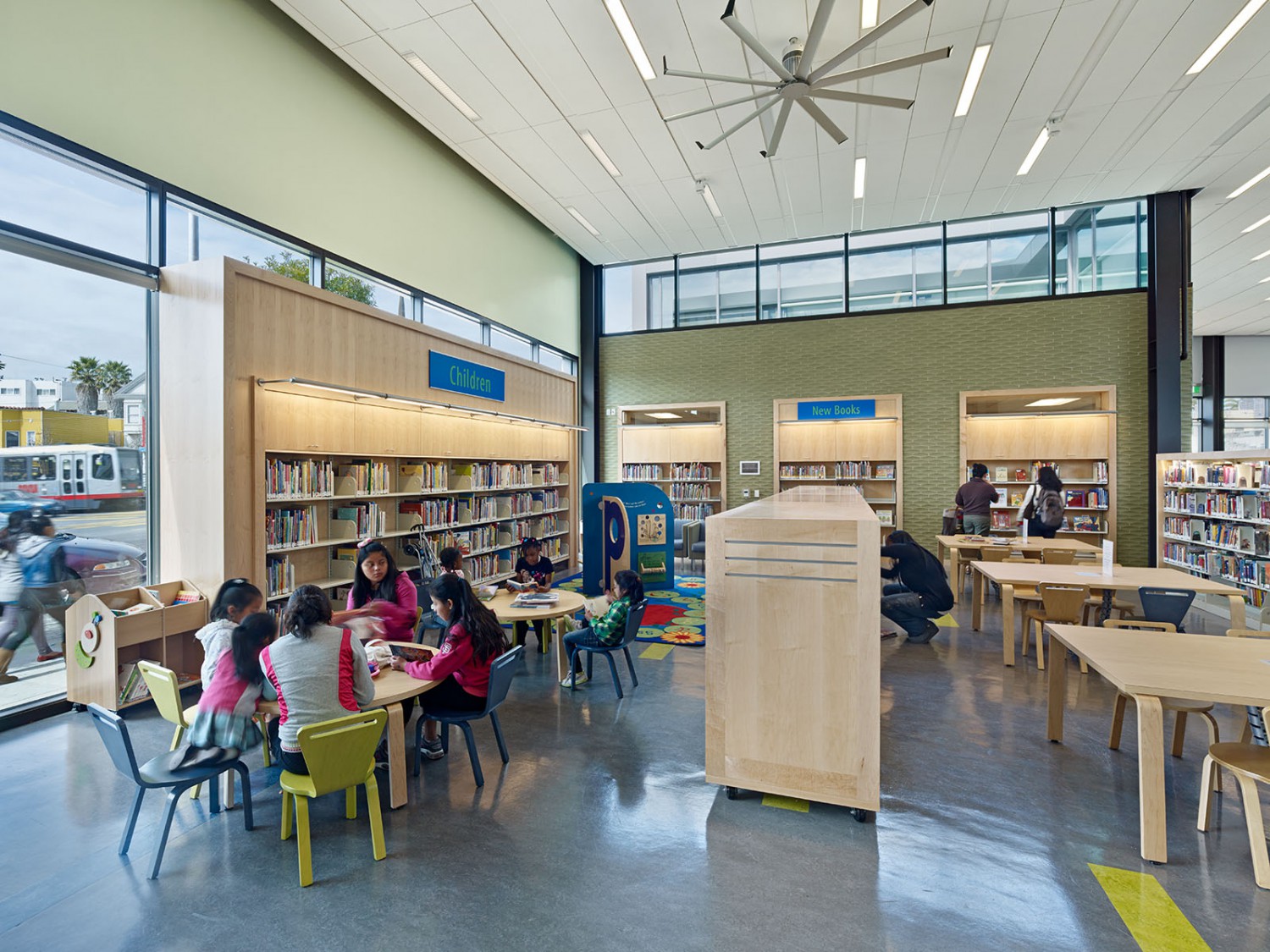 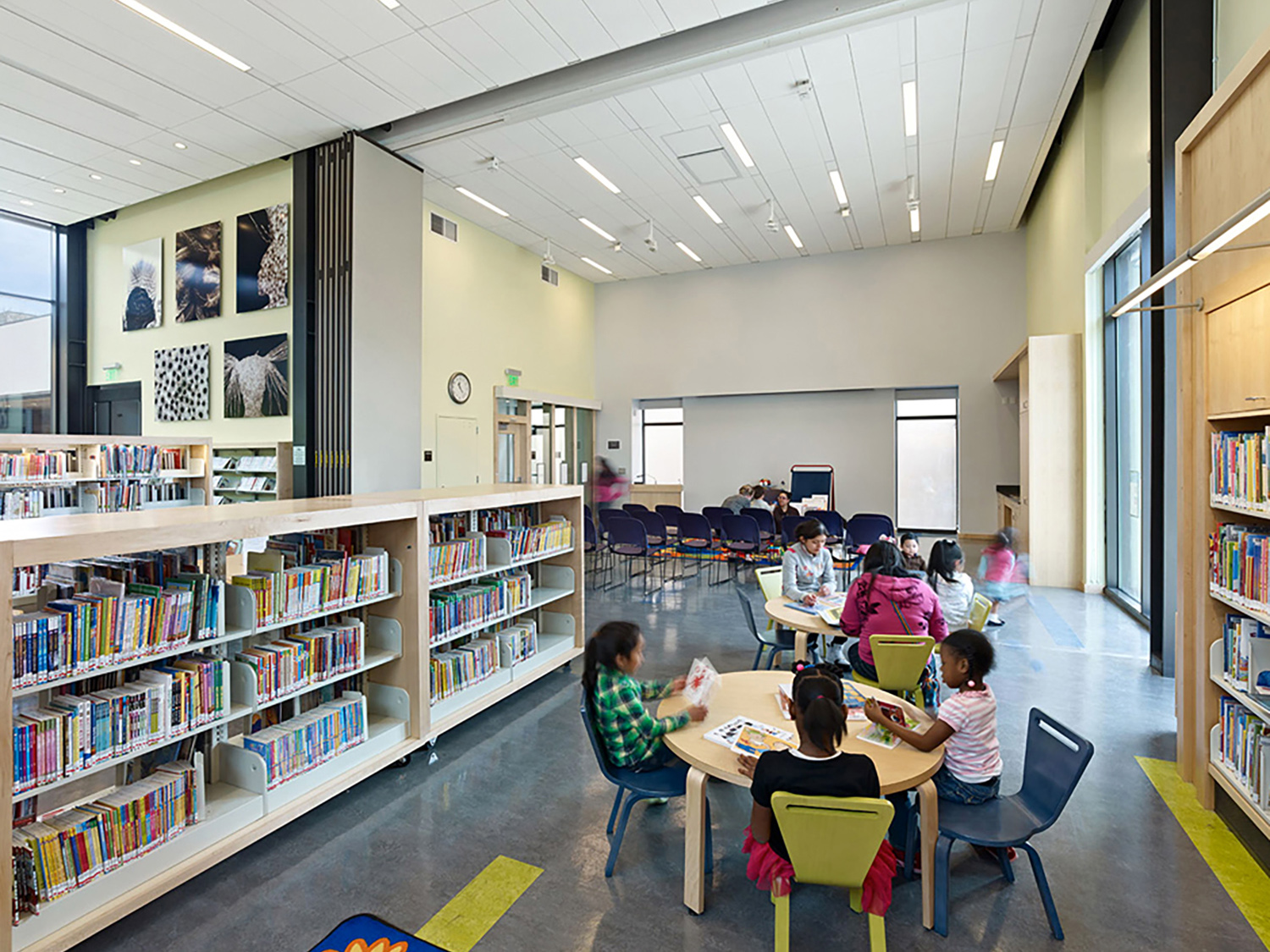 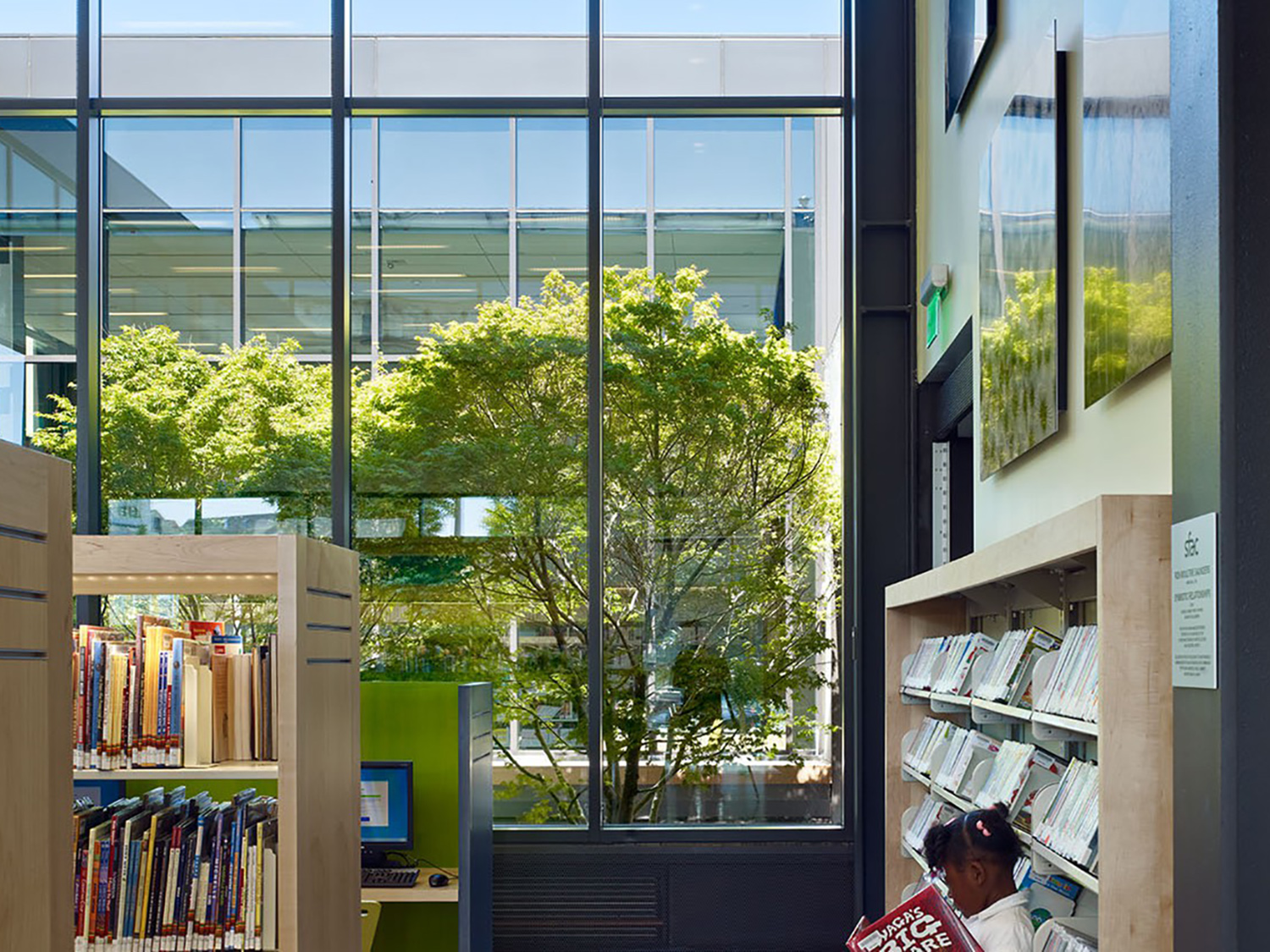 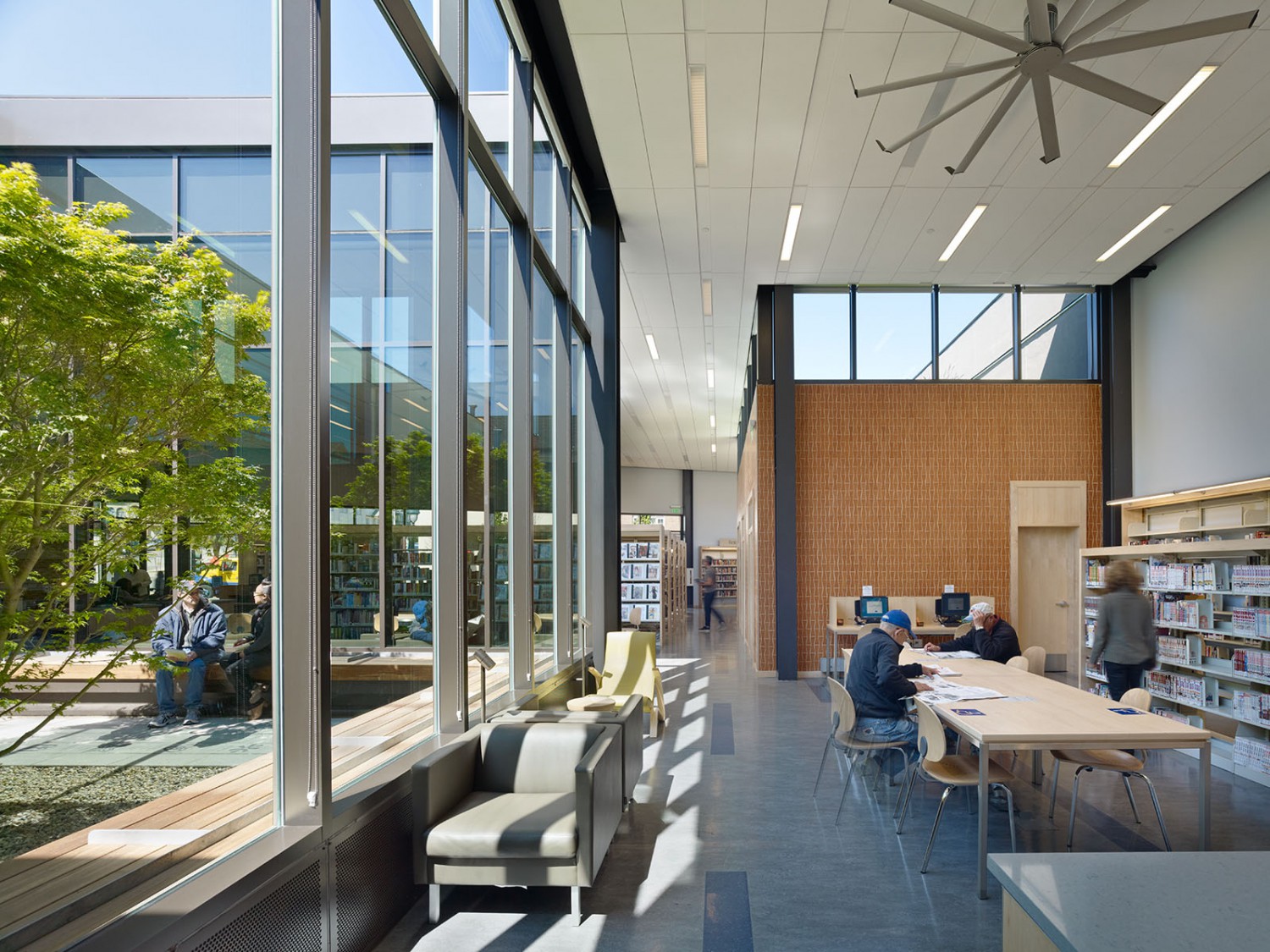 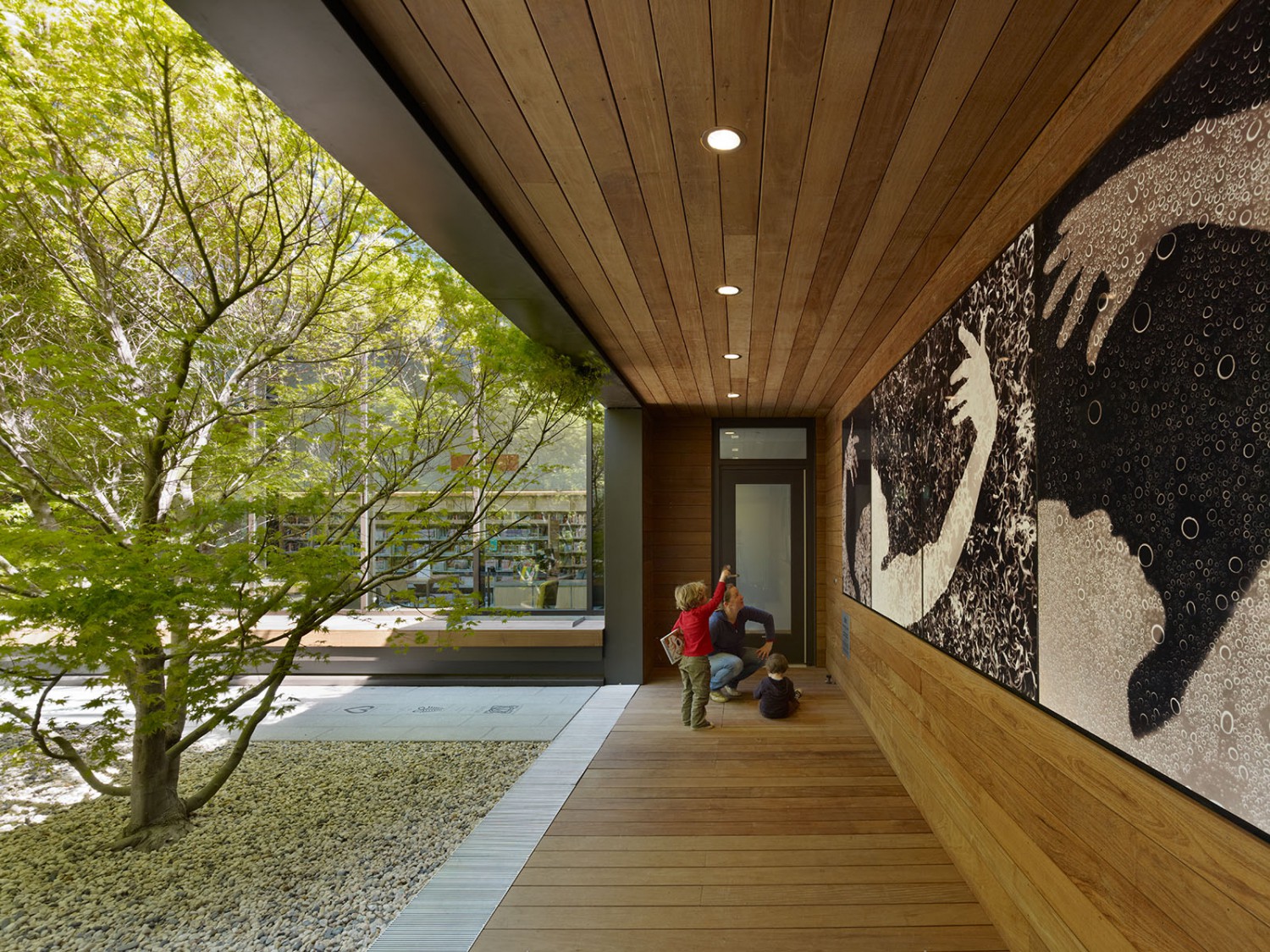 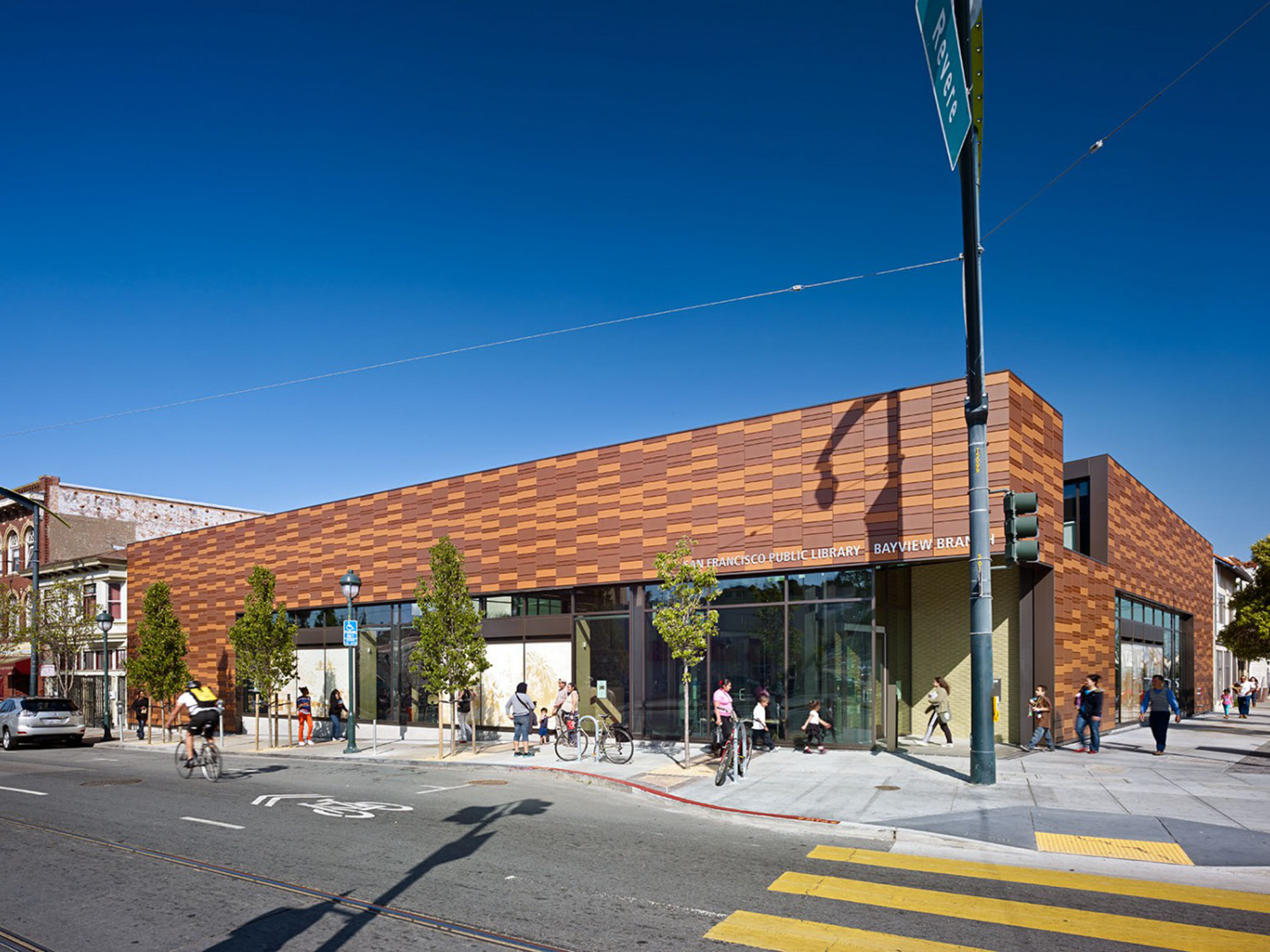 The Bayview library is a new building that replaced an earlier branch library on the site. The project was originally intended by the City to be renovation of and substantial addition to the existing 1969, 6800 sf library. KPa+d and THA collaborated on a series of programming studies and determined that construction of a new, one story, 9,000 sf facility would best satisfy the Bayview community’s stated goals and comply with contemporary codes.

At the building’s center a courtyard fills the surrounding collections with light, air, and views of its urban garden. Sustainability measures are integrated throughout and double as teaching tools for the community: a vegetated roof is visible from the interior; permeable pavers reduce storm runoff; a photovoltaic system generates on-site electricity; and abundant daylight with natural ventilation create a more livable environment.

In addition to designing the building’s interiors and supporting THA as Associate Architect, KPa+d shepherded the team through LEED and construction. The building opened to the public in February 2013 and achieved LEED Gold. For our part in this project, KPa+d was awarded the Kirby Ward Fitzpatrick Prize by the San Francisco Architectural Foundation.