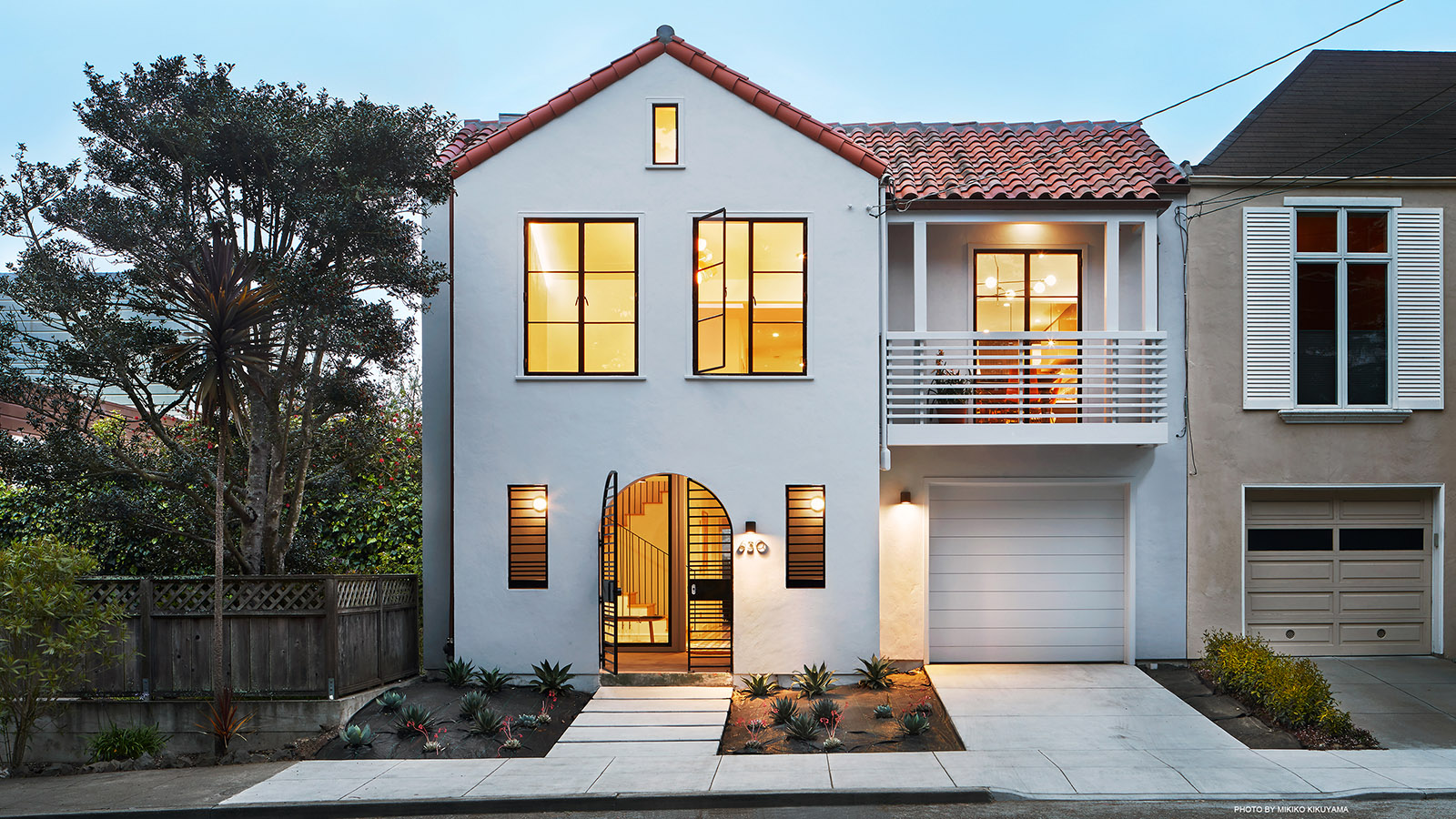 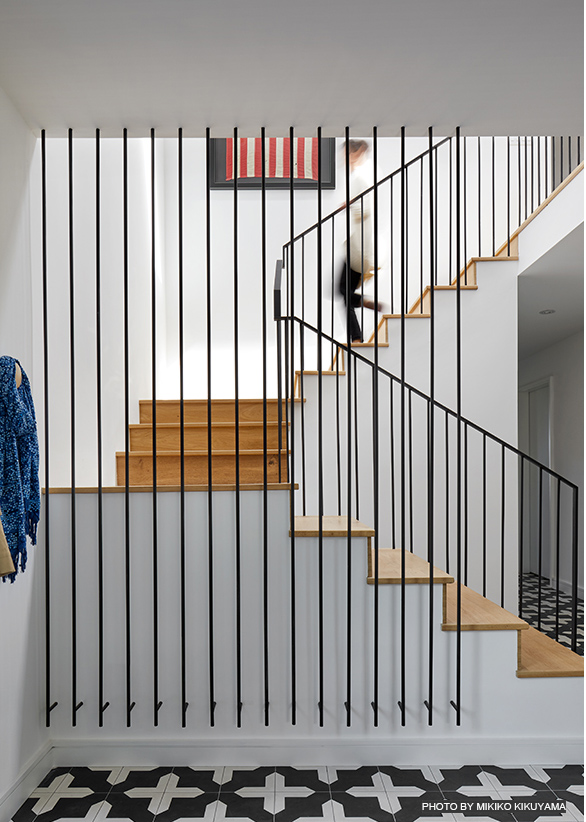 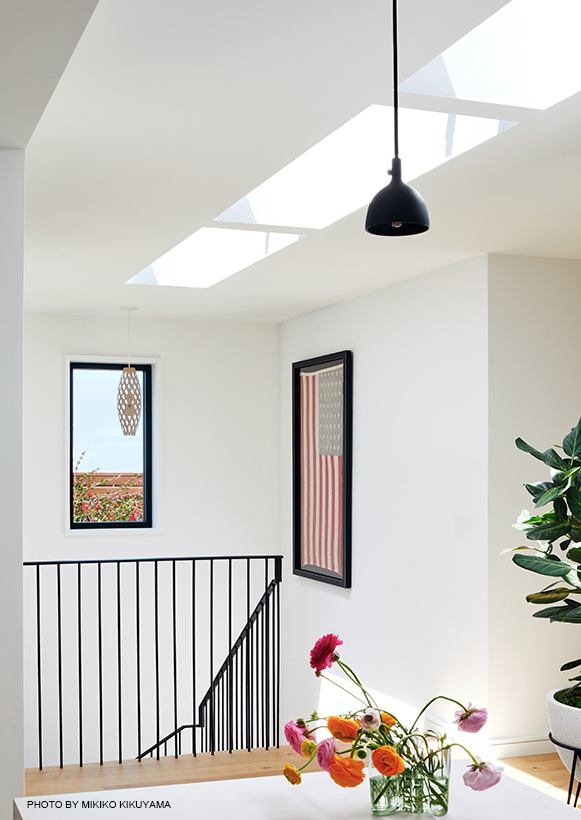 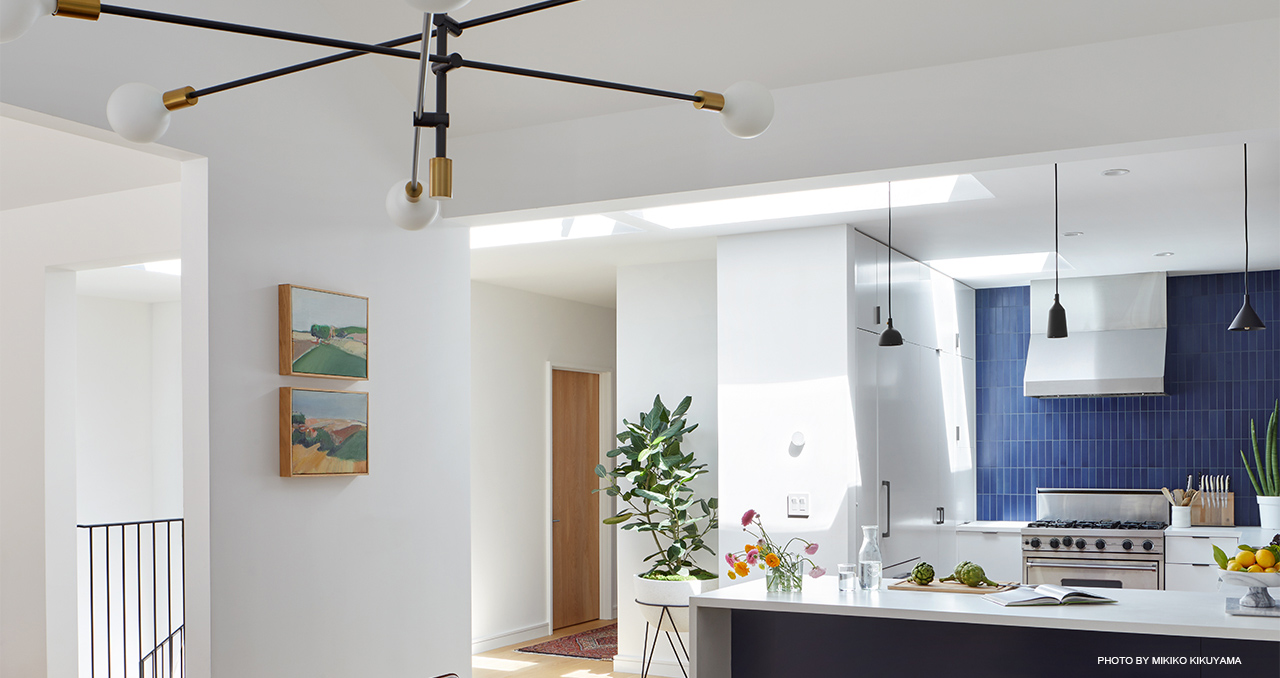 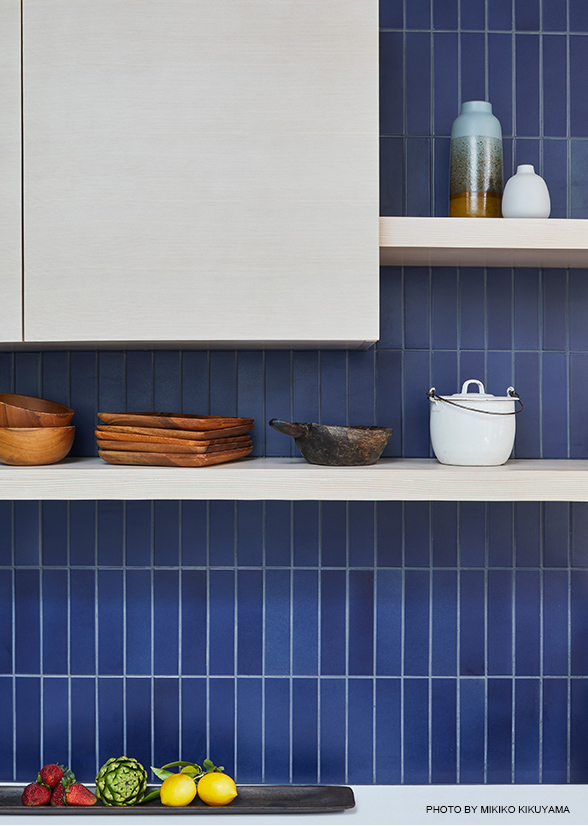 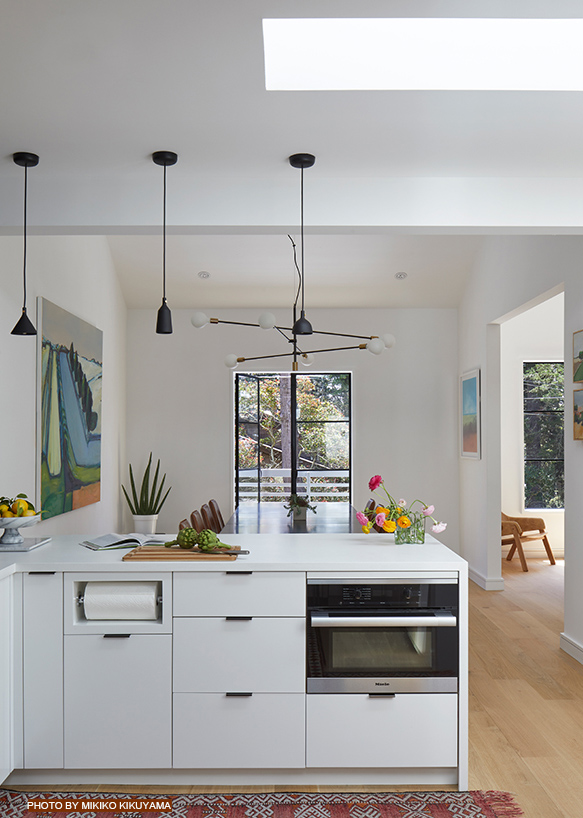 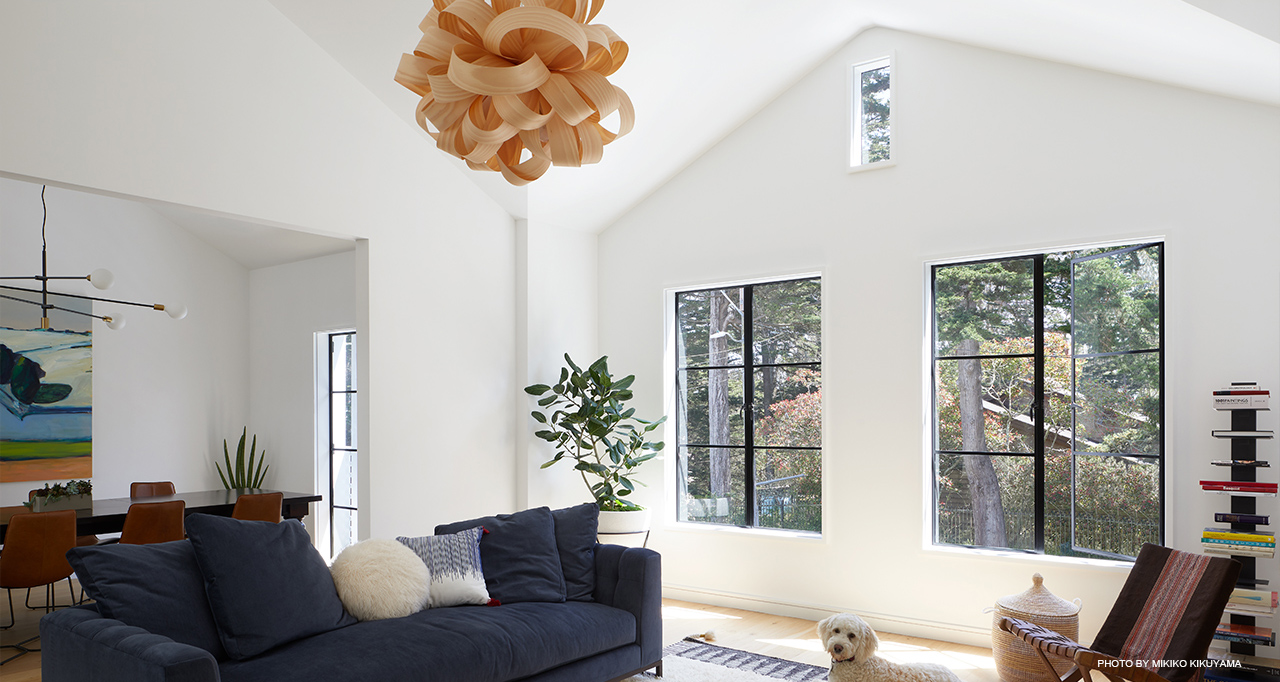 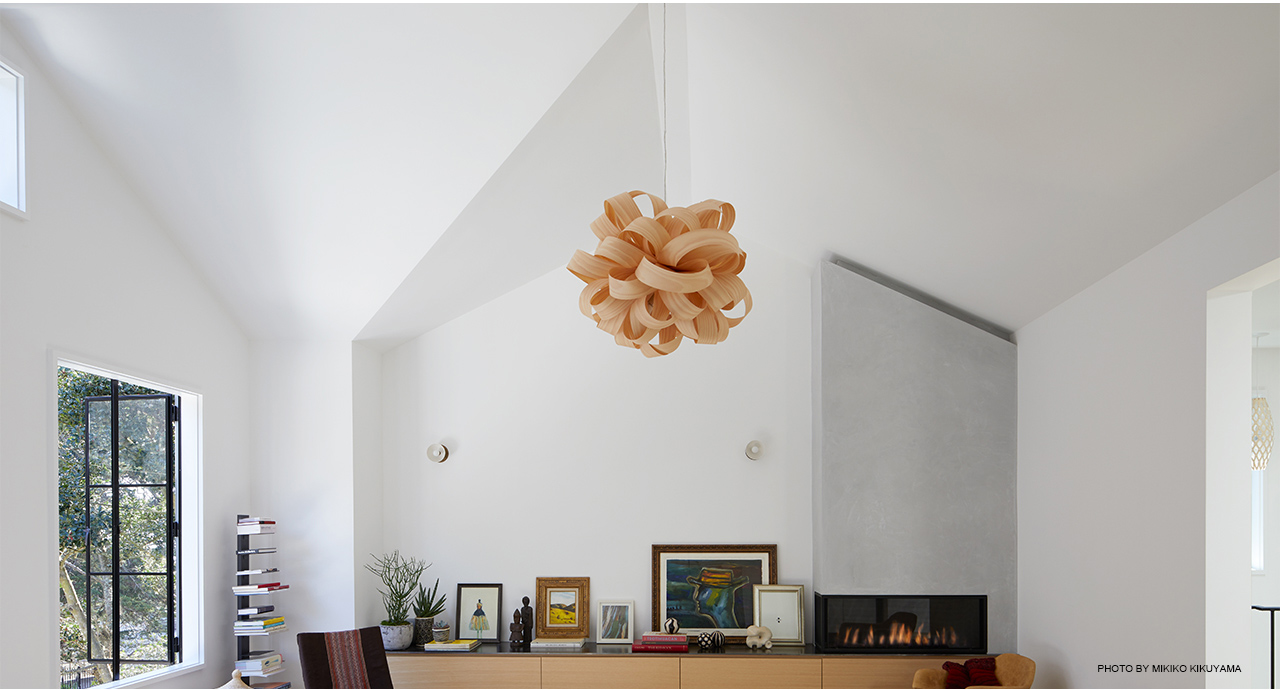 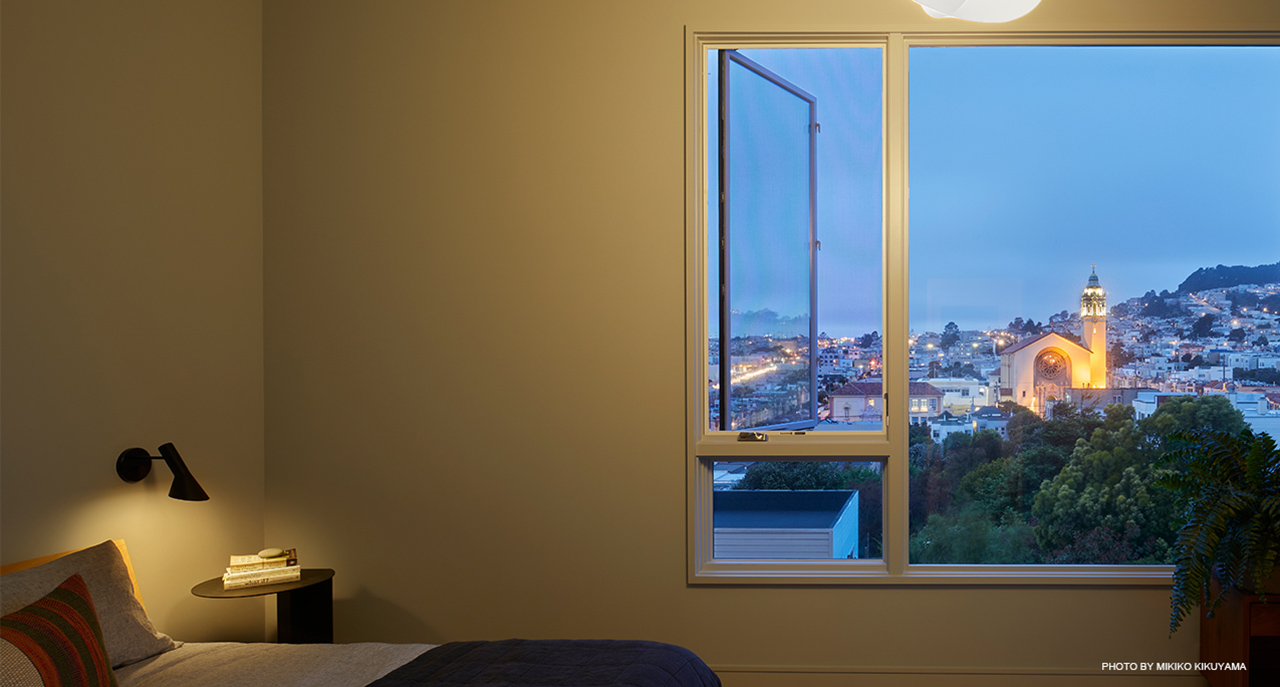 When our clients bought this 1939 house it was in mostly original condition—with the exception of a 1970’s kitchen with a Wolf range. The new owners saw its potential to develop as a long-term home for themselves and their two elementary-school aged sons.  The house needed everything, but they were able to clean it up just enough to inhabit during the long design and entitlement process.  It occupies a unique location within the city, high up, with a heavily wooded site across the street to the south, astonishing views to the north, and peek-a-boo views from the stairs to the Pacific Ocean.

We gutted the building:  The entry foyer and stair, which had been outdoors, were enclosed and made part of the house. The center of the house on the main floor was opened up with a skylight spanning its entire width, making the arrival point at the top of the stairs into a light-filled hub between the public and private spaces of the home. There was plenty of space above the ceilings of the dining and living rooms to make them tall, integrating the gable roofs inside.  A small top-floor master suite, possibly original to the home, was expanded vertically with a new roof to capture views to the north.  The lower level was gutted and excavated to build a family room and make a natural connection to the yard behind…which is now growing into a garden-in-progress.